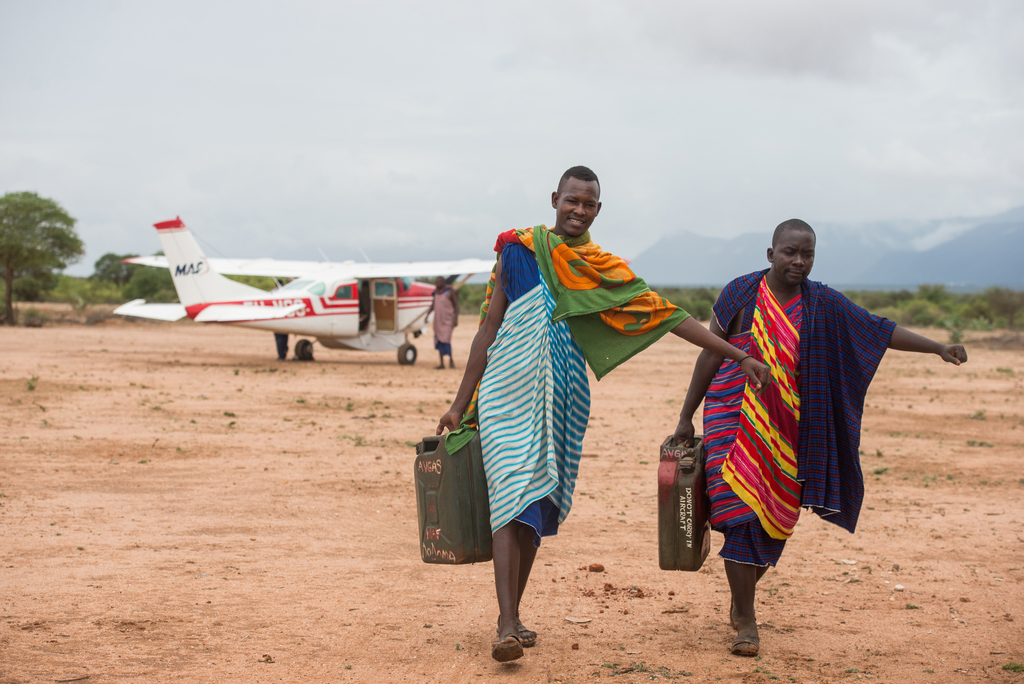 SERV International has been flying with MAF for ten years to northern Kenya where they established and support an orphanage, feed the poor, and bring the message of Christ. 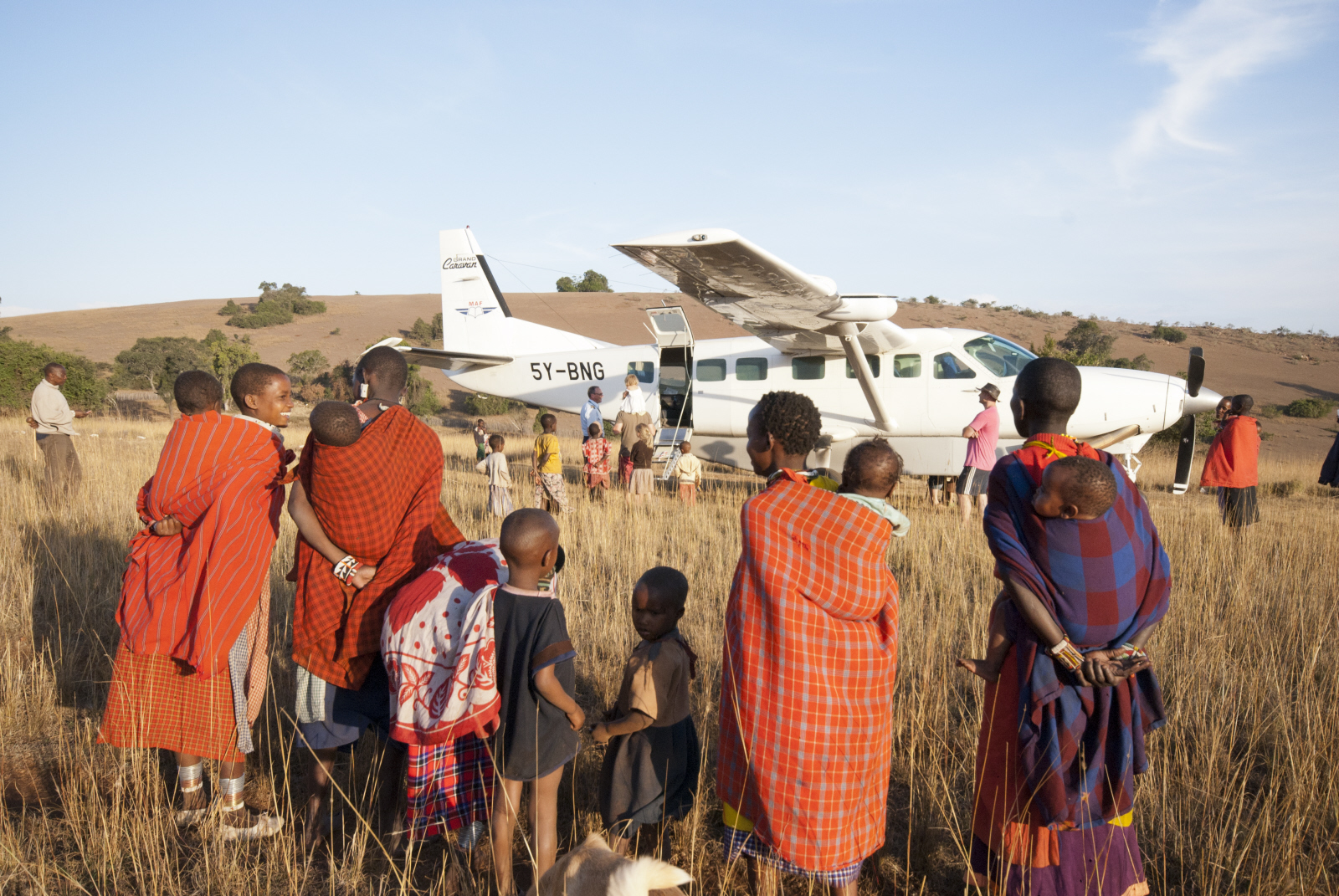 Five-year-old Elizabeth lives in a remote village in the far northwest of Kenya, one of the most isolated regions of the country. The people from this dry desert area on the west side of Lake Turkana, the world’s largest alkaline lake, have repeatedly experienced severe drought and famine in recent years. Elizabeth lost her parents to HIV/AIDS. Her aunt could no longer care for her.

Four-year-old Ilaar bears the same pain as Elizabeth, having lost both parents to disease. The two children recently joined four other new orphans at SERV International’s House of Hope orphanage based in the town of Lodwar, capital of Turkana County. In October SERV will bring five more children to the orphanage which began in 2008. By October they will have rescued and cared for 61 children.

In 2006, SERV’s founder Steve Kasha and another team member flew to Africa for the very first time. They were looking for what God would have them do. Two years later they opened an orphanage in Lodwar. In response to the region’s famine and drought, SERV started a large-scale feeding program that has now distributed over 12 million meals in Kenya while sharing Christ with those who had not yet heard the Gospel.

“We’ve been flying with MAF since my very first trip, and that was 10 years ago,” Steve Kasha remembers. “The relationship that we formed with MAF is unbelievable, really.”
At the end of August & early September this year, a team of 12 came to Lodwar to pick up the six children who would make their new home at House of Hope. Over the 11 days, they also distributed approximately 60,000 meals and shared Christ. The meals consist of 2.2-pound bags of dehydrated food.

Heidi Rew joined the trip this year for the first time. “During our visit, we were able to bring six new orphans to the House of Hope. We were each paired with a specific child. One of the team members, Donnah and I, were paired with four-year old Lucy. Lucy is the youngest of five children who were orphaned after their parents died from HIV AIDS,” Heidi explained. Lucy’s aunt struggled to feed and take care of all five children, plus her own three, surviving on selling charcoal and humanitarian aid.
“Lucy warmed up to me immediately, but she never smiled,” Heidi remembers. “We took her to the market to get clothes and her first ever pair of shoes. That was a little foreign to her. She went along with everything, but you could tell that she didn’t know what to think about all this. When we got to the House of Hope, we introduced the new kids. Lucy held really tightly to my hand. So I took her over to the swing set – something that she had never even seen before. I showed her how to swing, and all of sudden the biggest smile with these beautiful white teeth appeared on her face. She loved it! Over the next few days, I saw more and more smiles from Lucy. It was incredible to witness it, because you can really see what a difference sponsoring a child at the House of Hope makes.”

“We brought the Jesus film up here in May,” Steve adds, “and they’ve shown it in these remote villages about four times now. We have trained our staff on a new projector, and they are showing it twice this week. It’s already working. The word is getting around. The first time we showed it, we had about 80 people. Three days later we showed it again, and there were about 220 people and about 35 of them gave their lives to Christ.”

Through the work of SERV International – providing a home for orphans, feeding the hungry, and other projects such as clean water and safe shelter – the gospel is shared.

“We’ve started seven churches now out in the bush and it keeps getting further and further out,” Steve says. “Some of those churches have planted churches and it just keeps on going. We share with whoever will listen.”

Story and Photos by LuAnne Cadd