Look to the Heavens 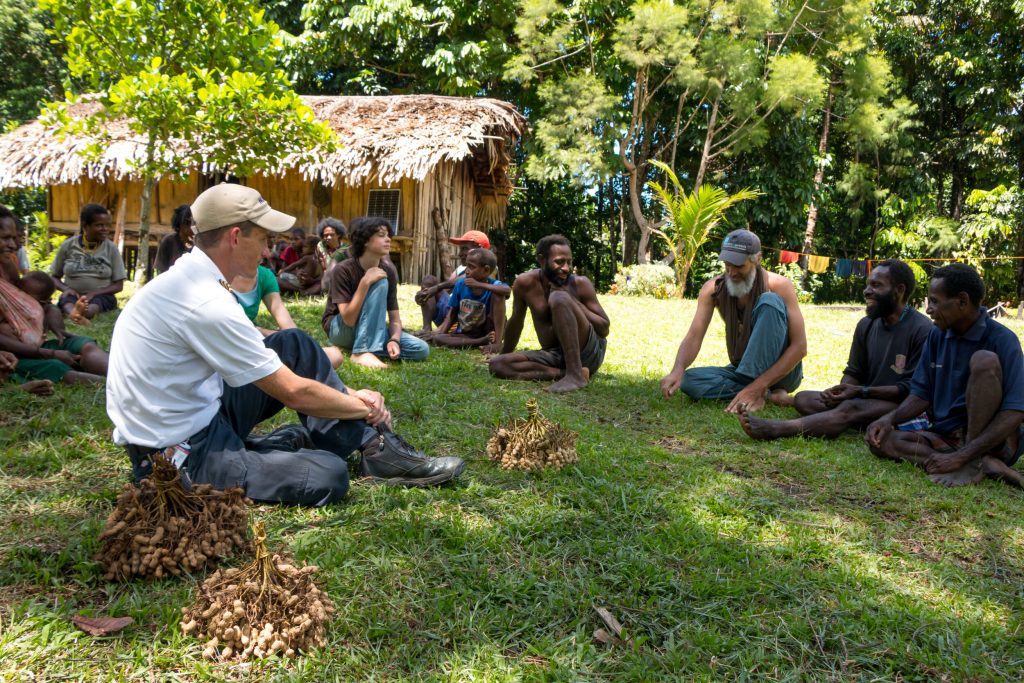 One flight has unexpected consequences. Most of the time MAF pilots only see a small part of the work God is doing and don’t often get access to the whole story. Thankfully, that wasn’t the case this time… 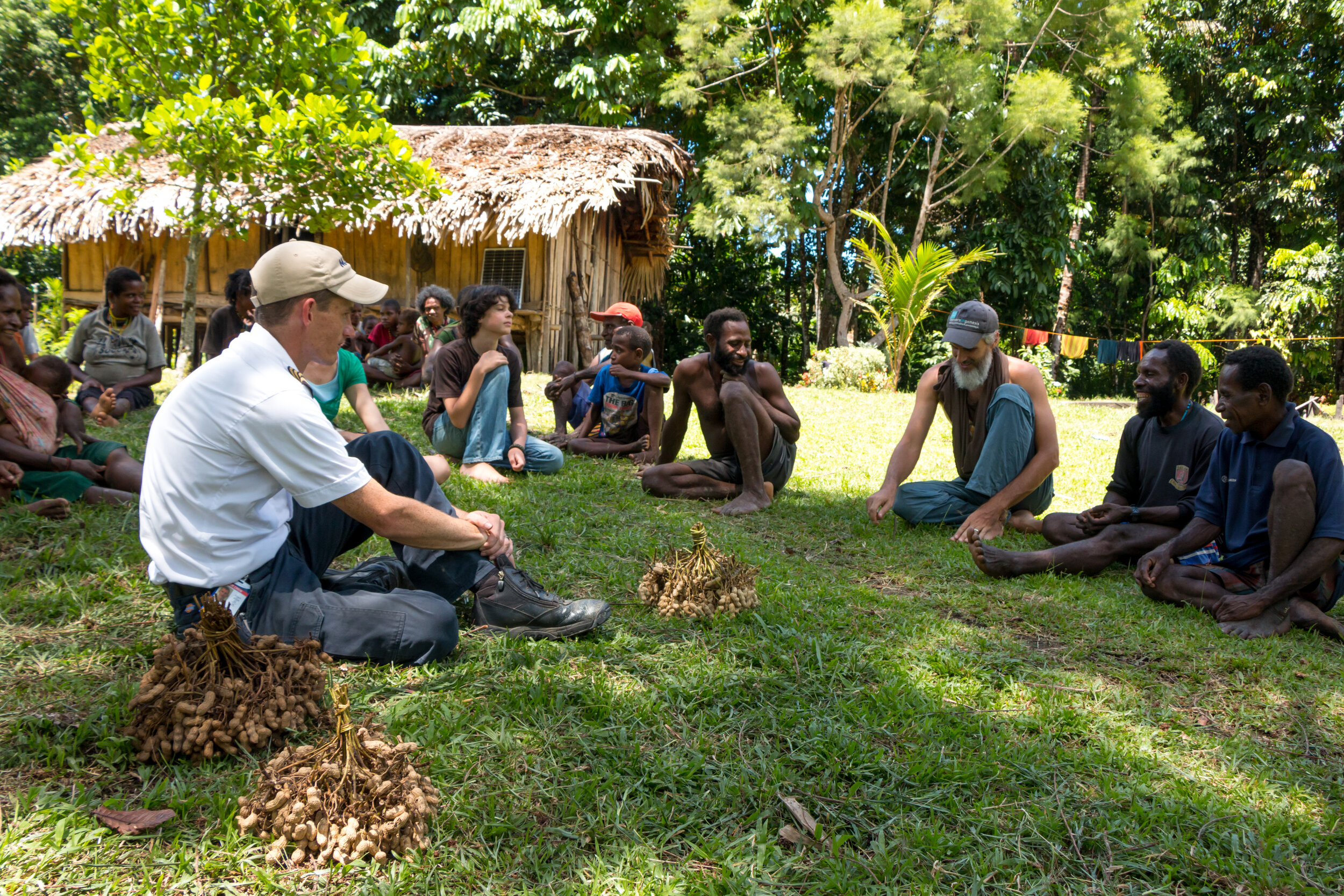 Story by Nathan Fagerlie and Photos by Mark and Kelly Hewes.

ONE FLIGHT HAS UNEXPECTED CONSEQUENCES

“When I landed in the village of Mokndoma, I could tell something was wrong. “Can you help us?” said Tim Ingles, a missionary serving there. “We have a situation.”

Mokndoma is high in the mountains of Papua, Indonesia. The gospel came to the Wano in Mokndoma a little over a decade ago. As their church grew, so did their desire to reach out and share the gospel with their fellow Wano in the surrounding villages.

Liku, a local Bible teacher and leader in the community, often leads teams on evangelistic and literacy trips. As I spoke with Tim and Liku by the airplane, they told me what had happened. A Wano evangelistic and literacy team was in a village called Dagai. One of the members of the team was a young, single woman who fell in love with a man there, and they wanted to get married. But the elders in the village said “no.” They said she wasn’t good enough — she wasn’t worthy of this man from their village. So being distraught, young and in love, she found a poisonous root, ate it, and, sadly, took her life.

The Wano were upset by the village’s rejection of this woman. She was a literacy teacher — smart and educated — how could she not have been good enough? Anger rose between the two groups, which can historically lead to tribal war in Papua. Tim and Liku asked if I could fly Liku and two other Wano teachers into Dagai to help calm the situation. My heart dropped. I had never flown to Dagai. I was not checked out to land on that airstrip. My heart sank lower when we pulled up the airstrip directory and saw that Dagai was “closed”— meaning no one from MAF had been there for several years.

A plan is formed

I spoke with our programme manager and we came up with a plan. The landing was uneventful. As I pulled to the top of the airstrip, and shut down the plane, I noticed no one was there. Normally when I land on an airstrip, it’s always a big event. This made me a little uneasy. As I got out of the plane and helped Liku and the other guys step out, I saw two men come out of the jungle. I looked at Liku, who nodded to let me know he recognised them, and they left, disappearing into the jungle and leaving me alone with the airplane.

“Well, that was anticlimactic,” I thought. I texted Tim a few days later to see what had happened. He responded with, “They’re safe.” I was glad to hear that, but it felt vague and, honestly, a little disappointing. Even so, I was thankful to have had a role in whatever happened there. Most of the time MAF pilots only see a small part of the work God is doing and don’t often get access to the whole story. Thankfully, that wasn’t the case this time. 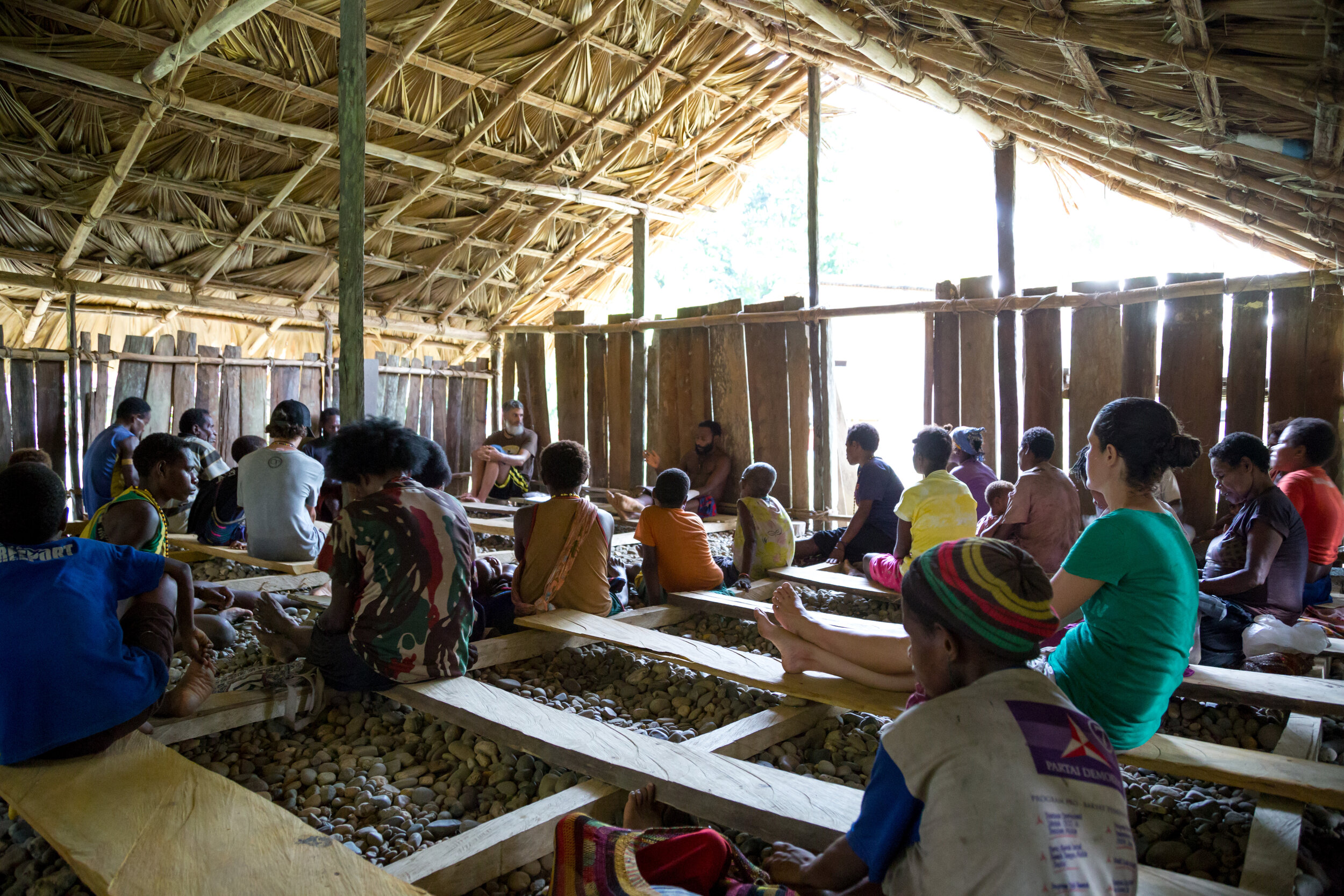 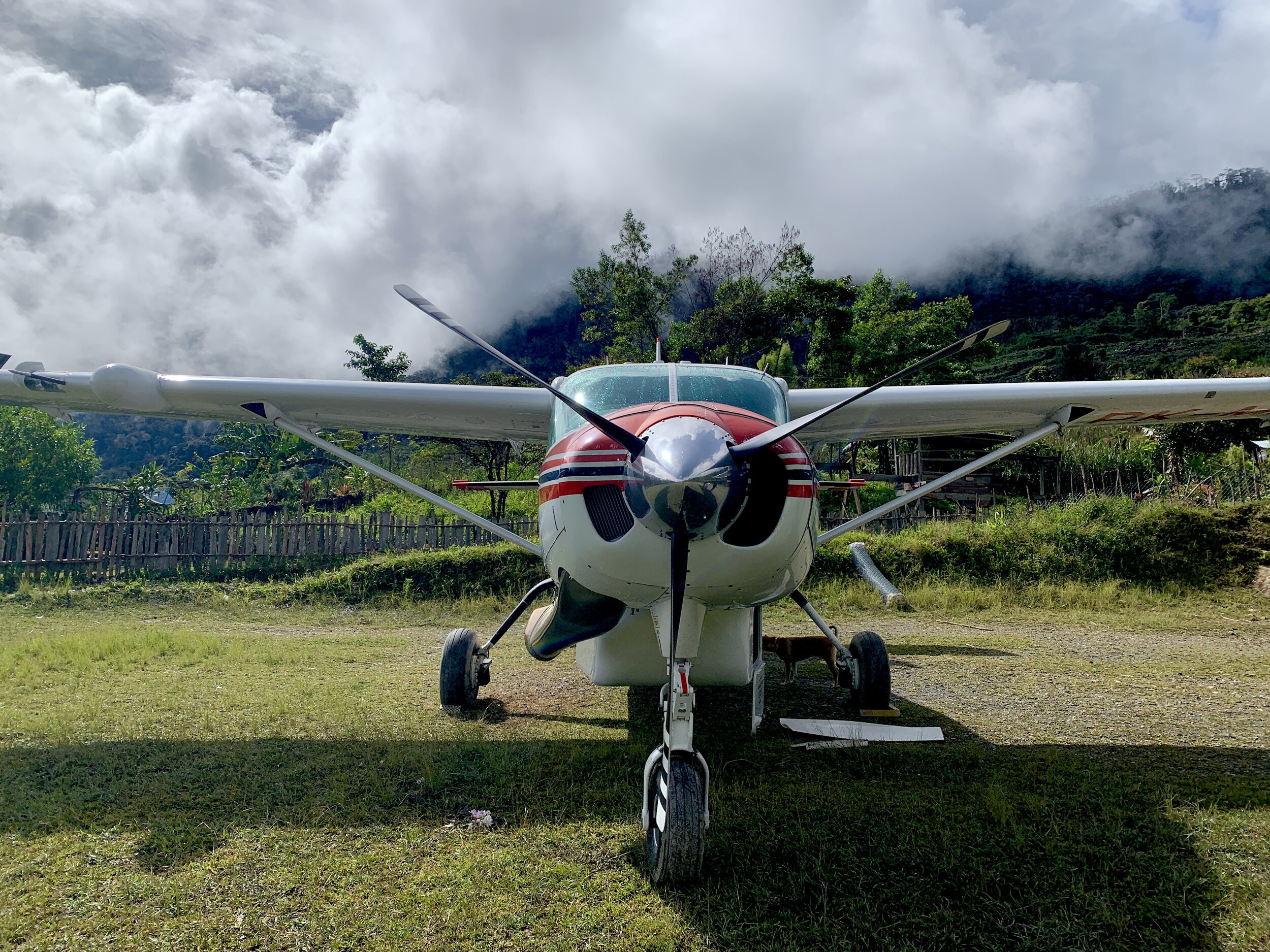 The rest of the story

A few months later, my family and I went back to Mokndoma and spent the night. I listened at one of the Wano meetings where they talked through their evangelistic plans. When that meeting was over, Liku said, “I want to tell you what happened when you flew us into Dagai.”

“When we got the news that the lady had killed herself, we were distraught, because we knew what was going to happen in that village,” Liku continued. “But God provided a flight for us that day — you were coming in. “When we got on that airplane, we were praising the Lord. When you circled overhead before landing, I want you to know God was using that.”

“The people in Dagai were ready to fight, but when they saw the plane, they knew it was MAF and they got scared. It was kind of like when Adam and Eve heard God in the garden. The people knew they were doing something wrong, and they didn’t know why MAF was coming, but it took their eyes off each other and focused them somewhere else.”

“I want you to know that your flying is not in vain. You are part of the team.” Liku’s words serve as a powerful reminder to the way God works through each of us—often in ways we cannot see or understand at the time.” 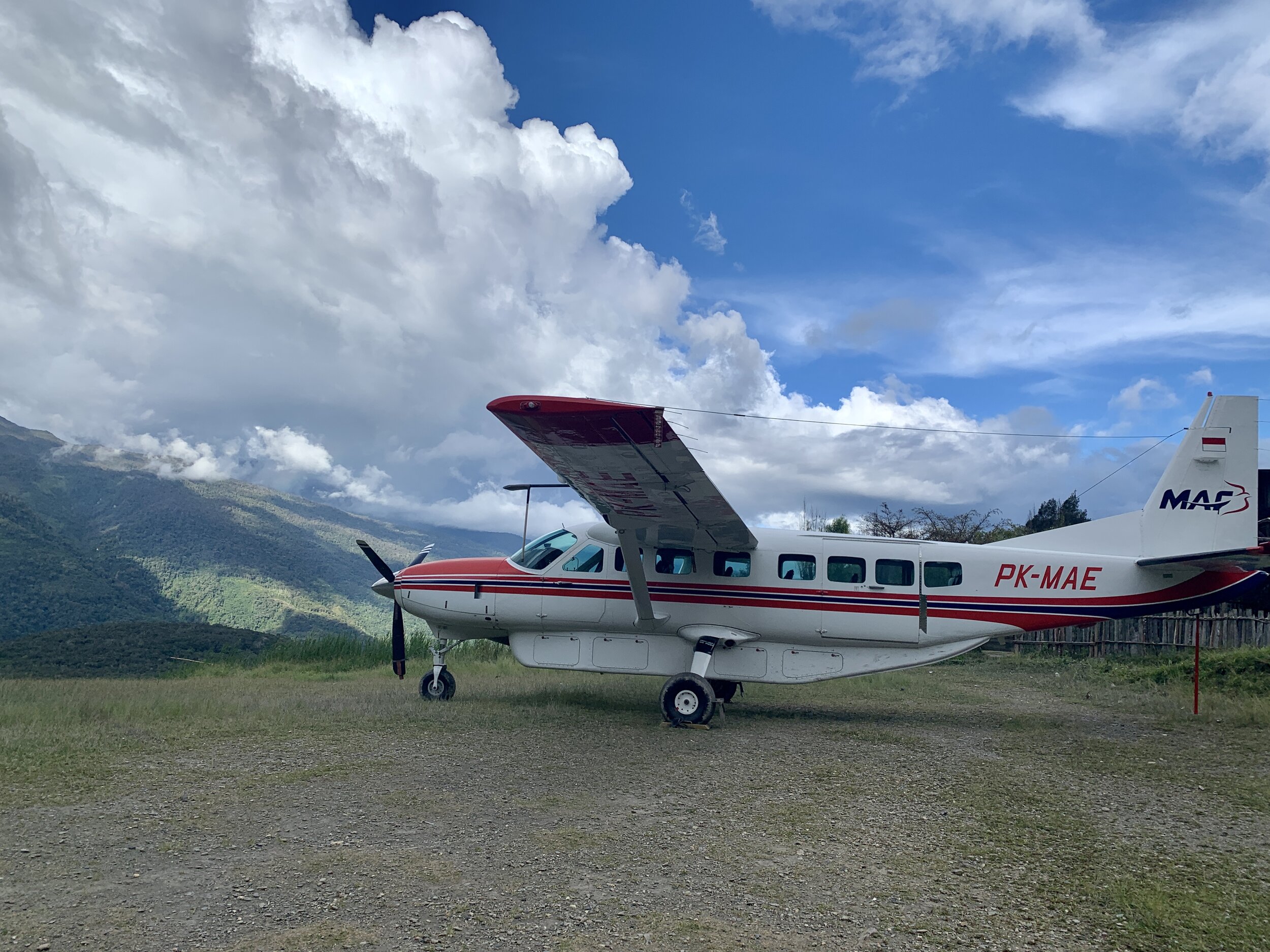